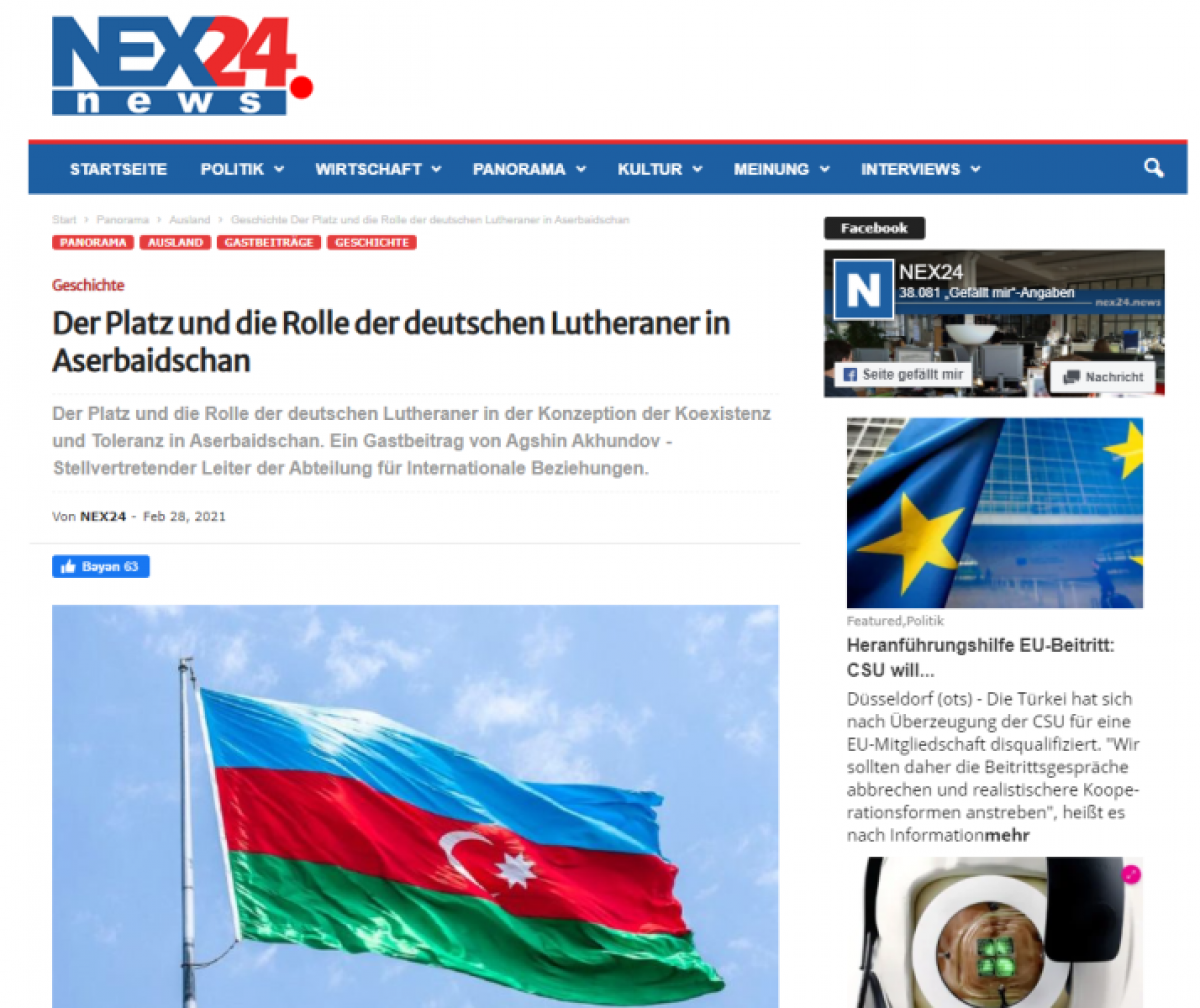 It was published an article in the German press entitled "The place and role of German Lutherans in Azerbaijan” written by Agshin Akhundov, Deputy Head of the Foreign Relations Department. The article considers the arrival of German families in Azerbaijan since the beginning of the XIX century and provides information about their employment here, their contribution to the economy and culture of Azerbaijan. The steps taken by the Azerbaijani government after the restoration of state independence to create conditions for the revival of Lutheranism, the restoration and development of the Lutheran religious community are touched upon. It is said that various events were held in Azerbaijan on the occasion of the 200th anniversary of the construction of German settlements, and the President signed a relevant decree.

At the same time, the facts about the Republic of Azerbaijan are brought to the attention of the German audience in order to get acquainted with them. In particular, it is reported that Azerbaijan suffered from Armenian aggression for nearly 30 years, the Khojaly genocide, considered one of the worst crimes against humanity in the twentieth century, the destruction or Armenianization of the material and spiritual heritage of the Azerbaijani people in the occupied territories. Attention is drawn to the liberation of occupied Nagorno-Karabakh and surrounding regions from the enemy's footsteps by a counterattack carried out by Azerbaijan in response to the military attack launched by the Armenian side from September 27 to November 10 last year.