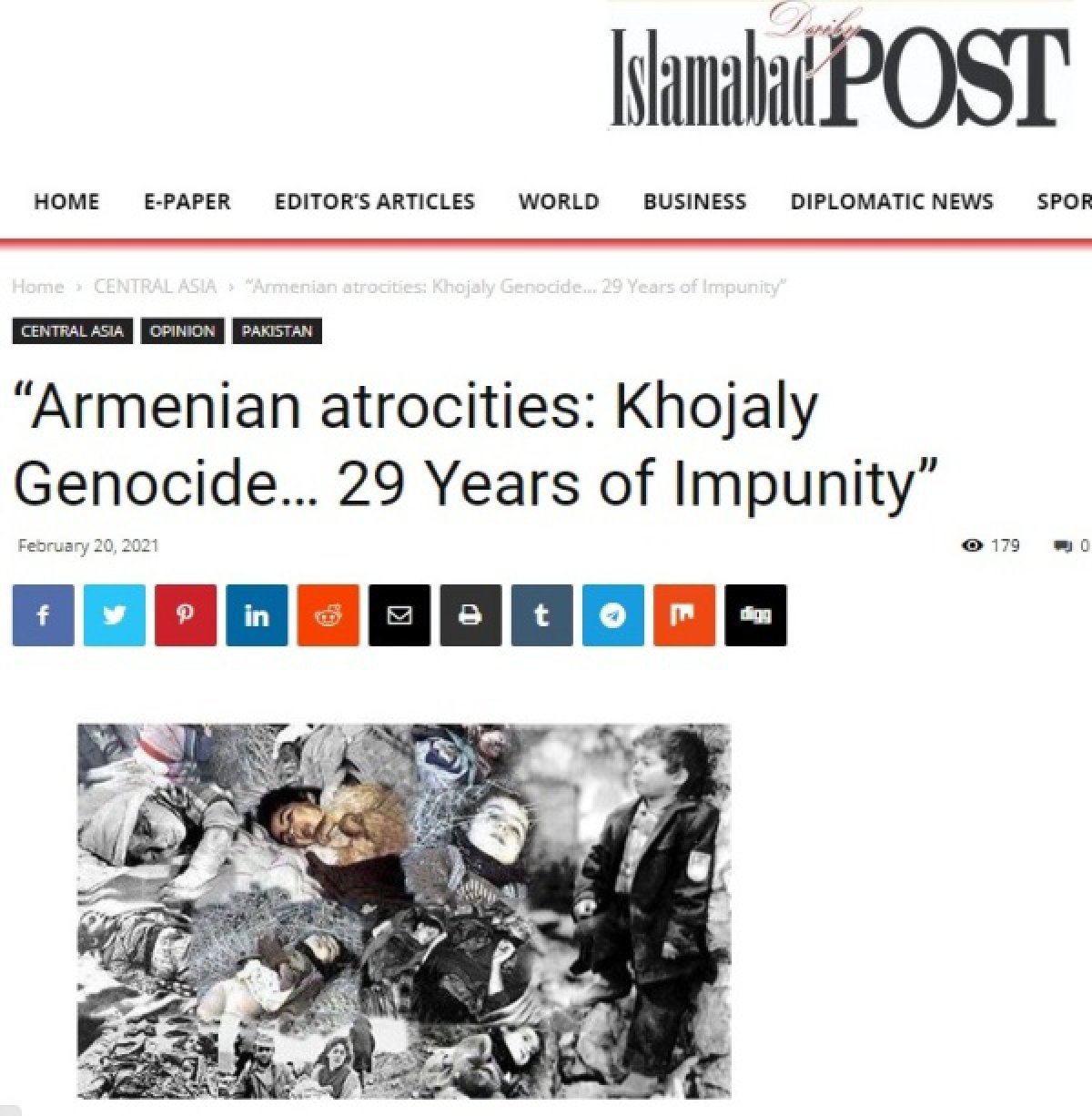 Articles "Armenian atrocities: Khojaly Genocide… 29 Years of Impunity" by Bahruz Orujov, an employee of the State Committee on Religious Organizations, dedicated to the 29th anniversary of the Khojaly genocide have been published in the Pakistani-based influential Daily Islamabad POST, DNA-Diplomatic News Agency and CENTRELINE news portals.
The articles provide detailed information about the unprecedented atrocities committed by Armenians against the people of Khojaly in February 25-26, 1992 and the essence of the Khojaly genocide.
It is reported that 613 people were killed during the Khojaly genocide, including 106 women, 63 children, 70 elderly people, 8 families were completely destroyed, 25 children lost both parents and 130 lost one of their parents. On the night of the tragedy, 1,275 civilians were taken hostage, and the fate of 150 of them is still unknown. The city of Khojaly, with a population of 7,000, predominantly ethnic Azerbaijanis, was destroyed.
The articles say in 1994, the Azerbaijani parliament declared February 26 the Day of Genocide in Khojaly. The parliaments of more than 10 countries, the Organization of Islamic Cooperation, which unites 57 countries, as well as the legislatures of more than 20 US states have assessed the Khojaly tragedy as an act of genocide.
It is noted in the articles that the “Justice for Khojaly” International Awareness Campaign was launched on 8 May 2008, at the initiative of Leyla Aliyeva, vice-president of Heydar Aliyev Foundation. Various events have been organized in many countries as part of the international campaign. The goals and activities of the campaign are also highlighted.